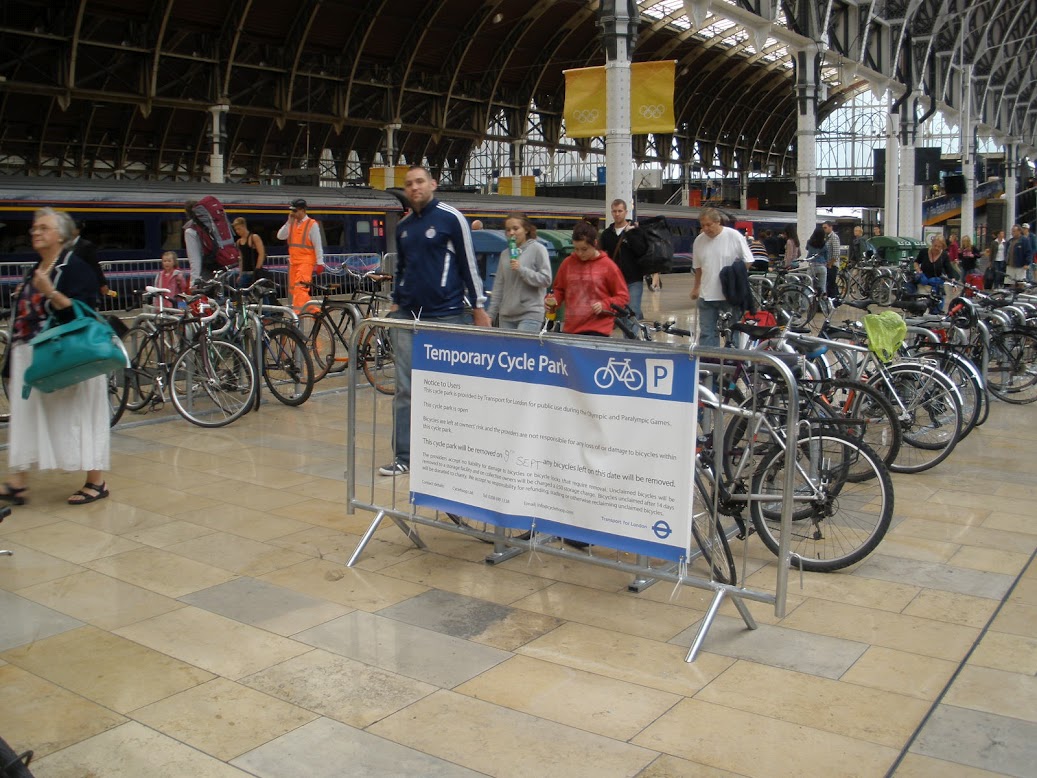 During this year’s London 2012 Olympic Games an additional nine thousand commuter cyclists were predicted to be in London. Cyclehoop were contracted by the TFL to provide 15 temporary cycle parks across London for businesses during the Games.

The sites were located and up and running two weeks prior to the start of London 2012, which ran between the 25th July and 9th September. The cycle parks were unmanned and open twenty four hours a day, seven days per week. Daily monitoring was undertaken allowing commuters to conveniently and securely park their bikes.

The parks were very well received by local businesses. Particularly in Paddington, South Bank and White Chapel where additional temporary cycle parking was requested part way through the Games due to demand.