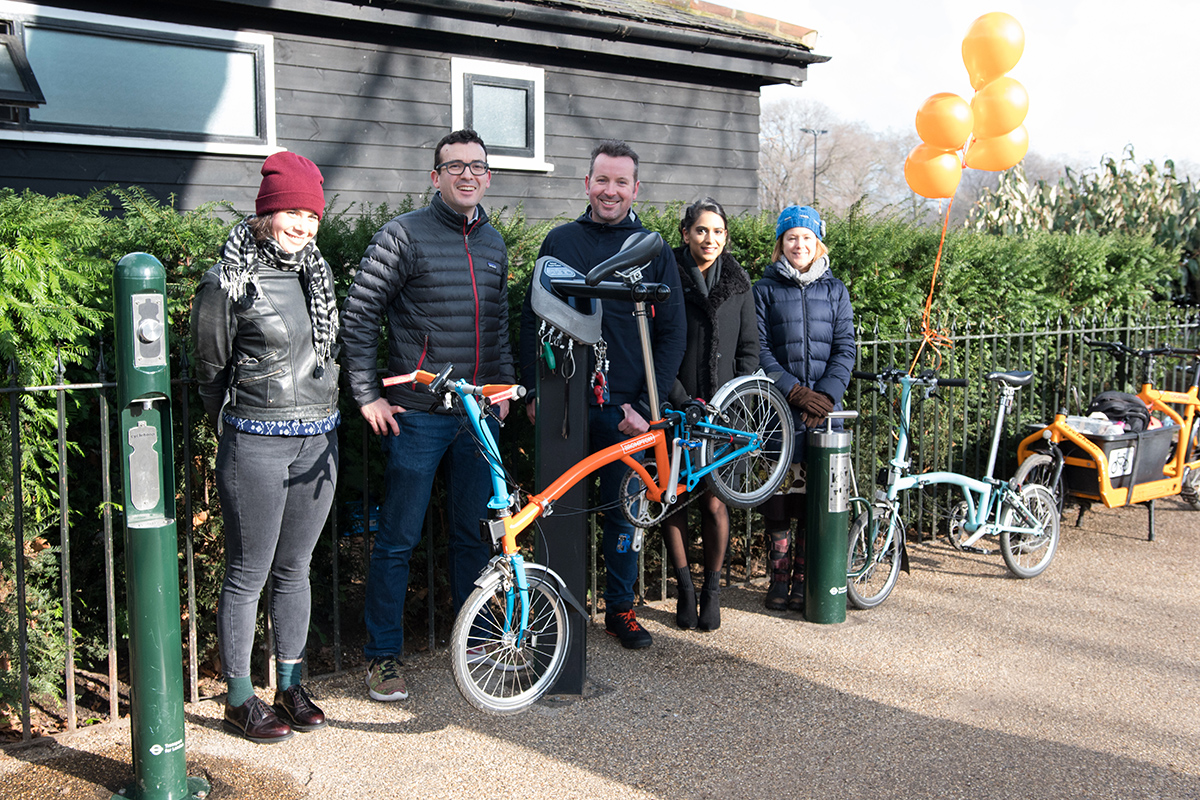 Cyclehoop and Transport for London have been working together on a solution to improve the daily life of a cyclist in London and we have good news for you! As part of Transport for London’s recently completed East-West Cycle Superhighway, we have just opened a Cycle Station in Hyde Park which includes a free Public Bike Pump, Deluxe Repair Station and a Bottle Fill Station for cyclists to make small repairs to their bike and keep them on the go! This is part of a trial with Transport for London to create fully equipped ‘Cycle Stations’ along the capital’s cycle routes.

What’s unique about this ‘Cycle Station’ is that it features our Bottle Fill Station. As cyclists, we know that carrying a water bottle is an essential part of your everyday journey and that finding places to refill can be a challenge. With the lack of public water facilities, we often find ourselves digging into our pockets to quickly buy a bottle of water. This ultimately leads to a rise in single use plastic bottles (a million are bought worldwide every minute), most of which can end up in landfill sites or littering the ocean causing environmental damage and harming fish and other wildlife. The Station in Hyde Park will provide free access to drinking water and is made to work with all types of water bottles and hydration bladders, thereby eliminating plastic bottle waste.

The Cycle Station is installed outside the Hyde Park Sports Centre on South Carriage Drive. Cyclehoop will be providing a maintenance contract on behalf of the Royal Parks to ensure the station is always in full working order.

“This new Cycle Station is well equipped with the essentials needed to keep cyclists on the go. The Mayor wants to cut plastic waste and the bottle refill station is a prime example of the schemes we need to end the use of single-use plastic bottles and protect our environment.

As well as working with businesses and retailers on water refill initiatives, the Mayor is joining up with partners to deliver up to 20 new water fountains across the city to help the public, including thirsty cyclists, access free water.”

The Mayor wants to see a reduction in the amount of single-use plastic bottles and cups across the capital and has allocated £750,000 in his draft budget over the next three years to cut plastic waste. This would be used to support waste reduction schemes, employ dedicated project staff and support the installations of water fountains. The Mayor wants to help introduce more public drinking water fountains and has tasked City Hall officers with urgently reviewing suitable sites and funding models for new water fountains in London, including prioritised TfL sites, and across busy commuter routes and business and shopping districts. The Mayor is working with the #OneLess campaign, led by the Zoological Society of London to find sites for up 20 water fountains that will be placed across London in 2018.

“Single-use plastics are a serious environmental menace in London. Plastic water bottles make up a vast proportion of the plastic waste in the Thames so I’m pleased to see any scheme that makes sure people walking through the park have access to fresh water.

“The more water fountains we have in London the more convenient it will be for people to fill up their own reusable bottles on the go. It’s a simple and sensible idea that will have a hugely positive impact.”

“The parks are a great place to relax, exercise and enjoy nature – whether it’s by cycling, walking or running through the beautiful green spaces. We hope this new cycle station will help cyclists make the most of the environment as they travel through.”

Our aim is to create more of these free public amenities for cyclists, walkers and joggers to encourage sustainable transport and active lifestyles across the capital and beyond.

Cyclehoop, the Royal Parks and our partners at Transport for London as well as Will Norman attended a small photoshoot to launch the Cycle Station in January 2018. 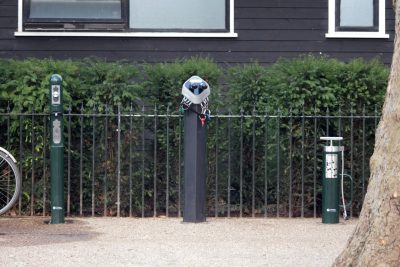 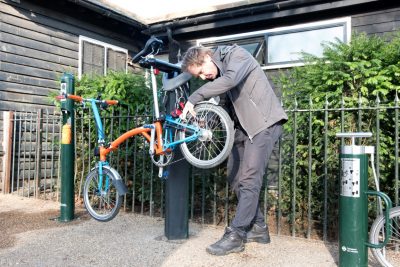 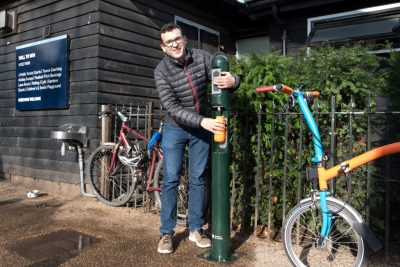 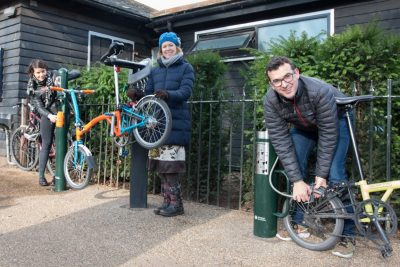