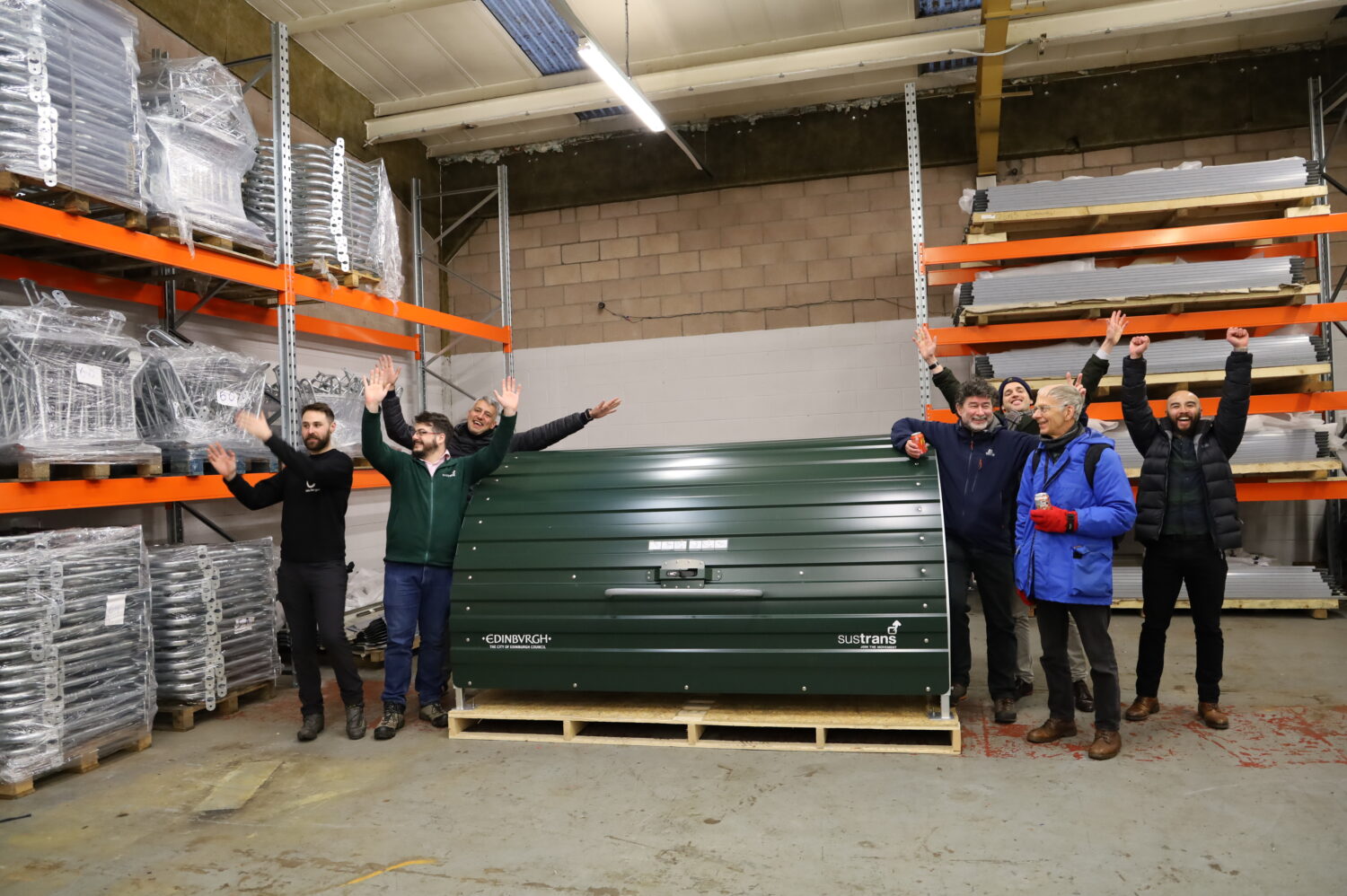 Edinburgh City Council in partnership with Sustrans and Cyclehoop are providing 1,080 parking spaces for residents to store their bicycles conveniently and safely on streets near their homes.

That is 180 Bikehangar installed on residential streets where storage space is otherwise seriously limited. Work began this month on the first phase of 108 units and is expected to conclude mid-October.

Upon completion, Edinburgh will have the largest network of on-street cycle sheds in the UK outside of London.

This announcement comes as local authorities around the UK undertake ambitious plans to reallocate road space from cars to cyclists and pedestrians. 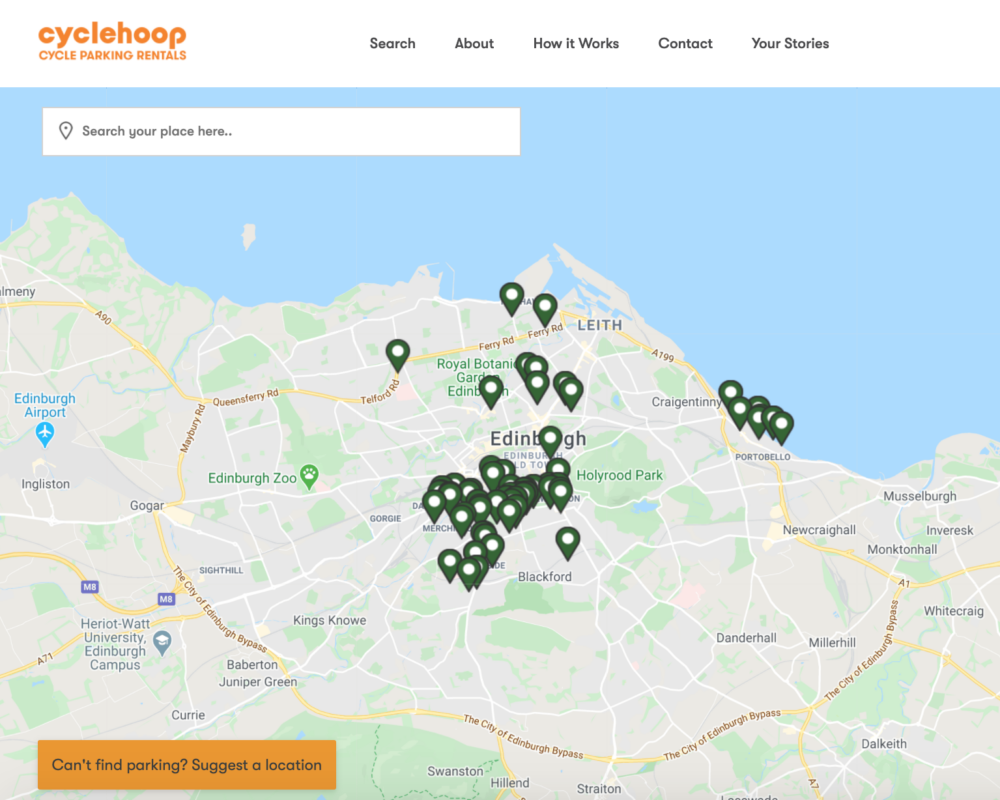 Transport and Environment Vice Convener Councillor Karen Doran said: “We’re delighted to be introducing secure bike parking, which will be particularly beneficial for Edinburgh’s tenement areas. It addresses the significant problem of limited space for bikes as more people choose cycling as their preferred way to get around the city. Overcrowded stairwells are not only inconvenient for residents, it makes them key targets for bike theft.”

The Bikehangars are designed, installed and managed by bicycle infrastructure experts Cyclehoop, the leading providers of on in the UK. Each shed provides six cycle parking spaces in half the space of a parked car, relieving pressure on roads and public transport networks and freeing up pavement space for physical distancing.

“Making secure cycle parking accessible is key to encouraging more people to take up cycling. We designed the Bikehangar to help those who aren’t able to keep their bicycles at home, to store their bicycles on the street, safely and protected from the weather.” 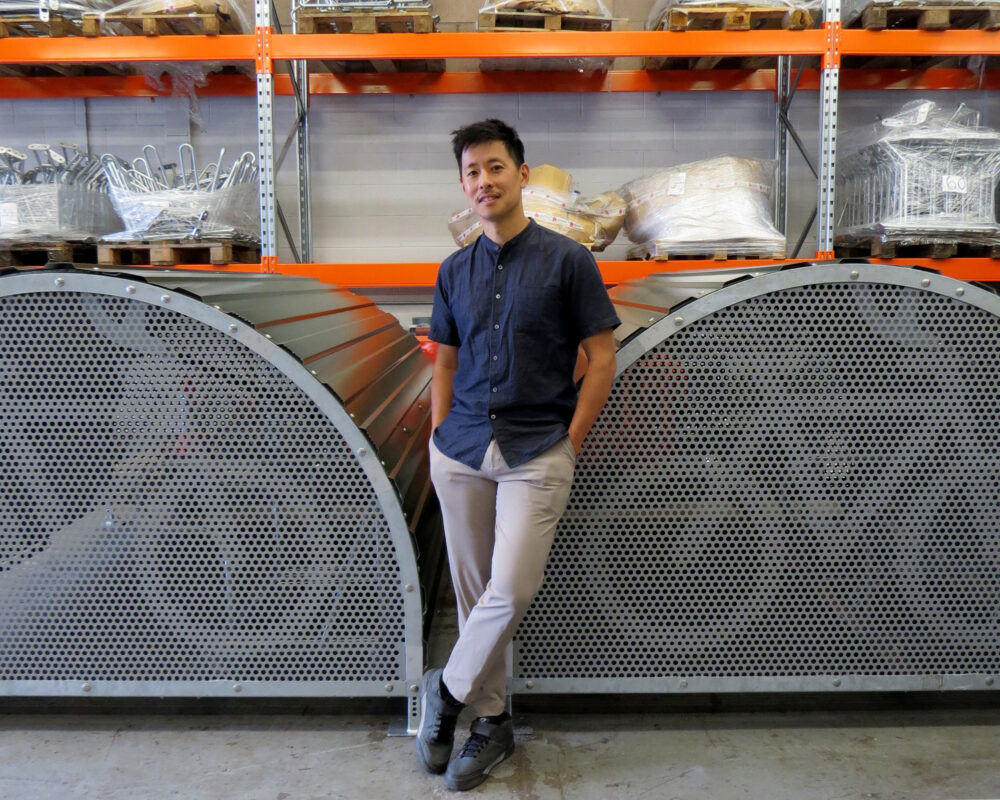 Cyclists should still insure, register and lock their bikes correctly when storing their bicycles in Bikehanagrs added Anthony Lau “Secure locks and storage facilities offer greater protection by delaying or deterring thieves. No lock and no structure, be it your home, garage, shed or Bikehangar is impenetrable to a determined and well-equipped thief. At least not yet. Although myself and our design team hope to one day change this.”

Support for the Edinburgh scheme through public consultation has been high. Councillor Karen Doran said:

“Over 70% of those who responded to our consultation strongly supported the scheme, so it’s fantastic to now see the hangars being installed in many locations across the capital. Working with Cyclehoop means we now have accessible, well-maintained, safe places to store bikes for a small fee of only £6 a month.” 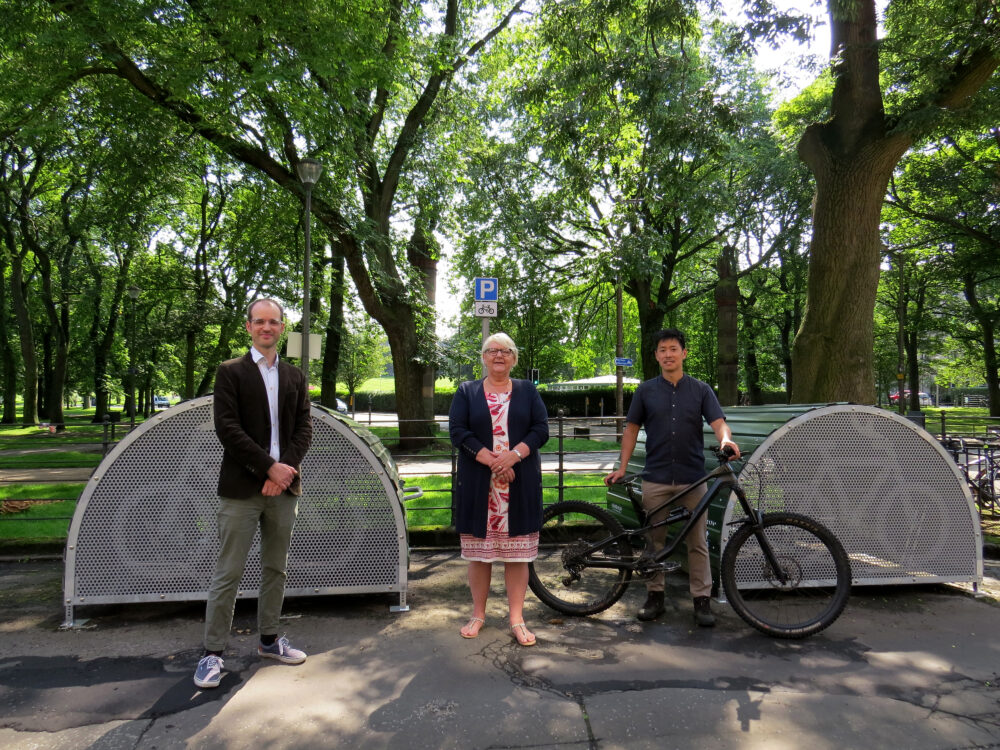 In London, the scheme has been in high demand and local authorities cannot keep up with requirements. Anthony Lau said: “Over 12,000 Bikehangar spaces have been provided in London but the waitlist is over 35,000 and still growing. People want to cycle but an incredible number have no garage or home storage space.”

A high level of demand is expected in Edinburgh and the council would like to see further cycle sheds provided in the future. Residents can suggest new locations for Bikehangars on the Cyclehoop Rentals website and this data could be used to inform council plans.

Councillor Karen Doran said: “We would like to see this scheme extended to other areas in the future, providing even more support for the increasing numbers of residents we’re seeing who choose to cycle and helping us meet our longer-term goal of being a carbon neutral city.” 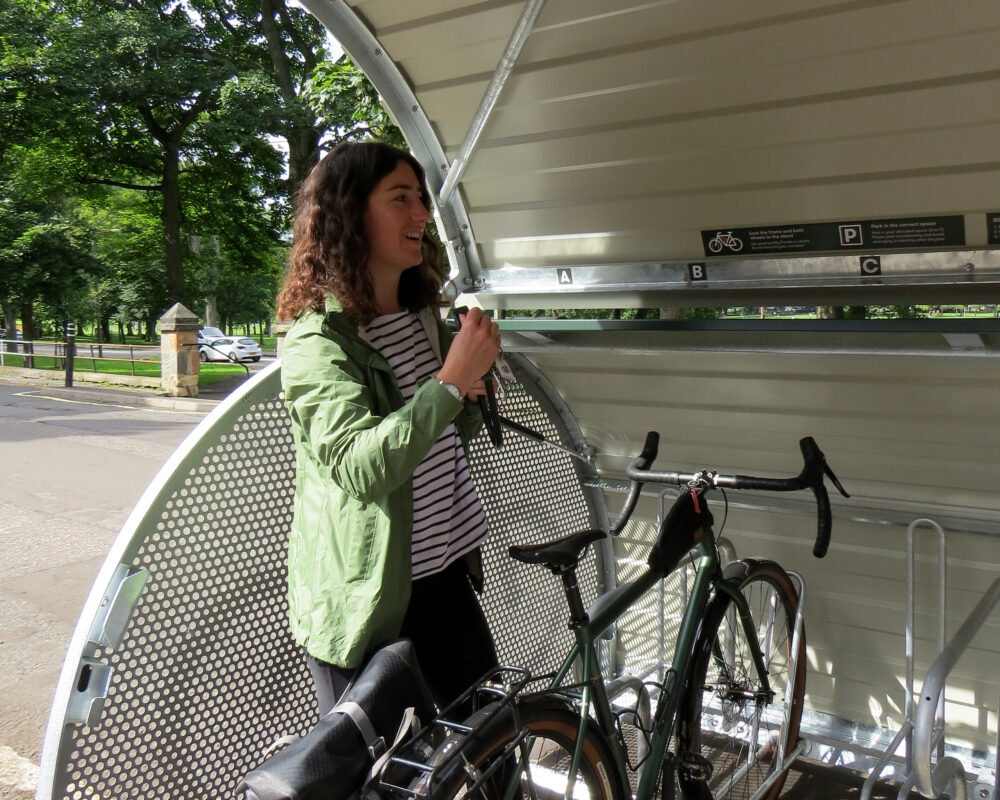 “20% of people who responded didn’t own a bicycle, but of those, 43% of said access to secure cycle storage would encourage them to own a bicycle in the future.”

Tierney Lovell, Sustrans Infrastructure Manager said: “Bike storage can be a real issue for Edinburgh residents living in accommodation with little space, such as tenements.

Providing secure, well located cycle parking is essential to encourage more people across the capital to cycle around the city for every day journeys and exercise.

We look forward to seeing this scheme rolled out across the city making it easier and safer for more people to start cycling in the future.”