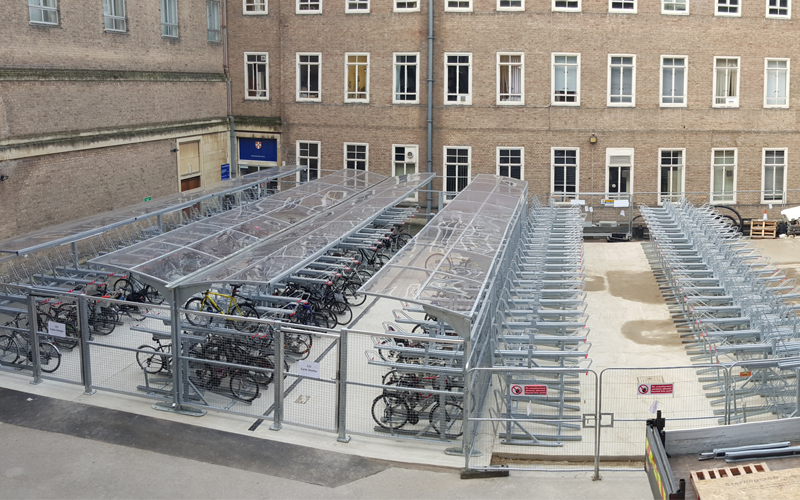 In 2015, we delivered our largest ever install of two-tier cycle parking in the UK at the prestigious Cambridge University, the world’s fourth-oldest surviving university.

Working with principal contractor Morgan Sindall, we installed 678 two-tier bicycle racks to provide effective and secure cycle parking for over 150 departments, faculties, schools, syndicates and other institutions. This was phase one as part of the overall requirement of 2,000 cycle parking spaces in the university which has been planned over a period of two years.

Cyclehoop is the official UK supplier of Jan Kuipers two-tier bicycle racks. This Dutch company are the first in Europe to develop this unique system that uses gas-assisted moveable upper sections. Its space-saving, robust design doubles the amount of cycle parking compared with traditional cycle racks and its gas-assisted mechanism increases its usability.

The Dutch Two-Tier Rack is ideal for high-density areas and can be installed at train stations, offices, schools and shopping centres and major transport hubs. Today their two-tier racks have been installed in over 180,000 places at a wide variety of locations throughout Europe. 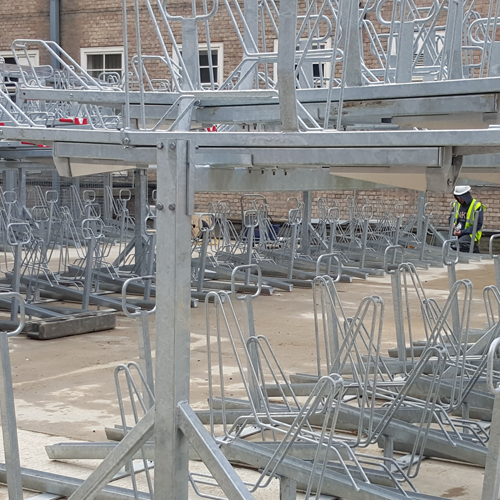 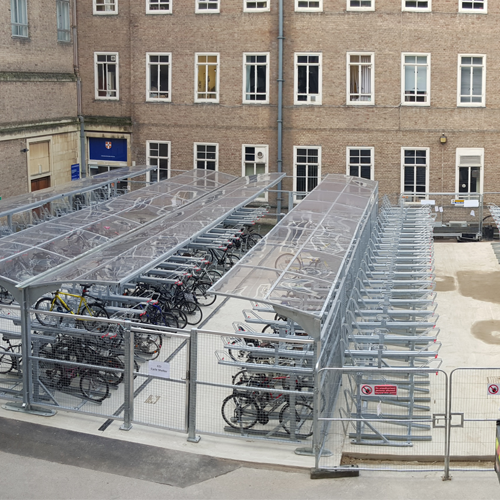 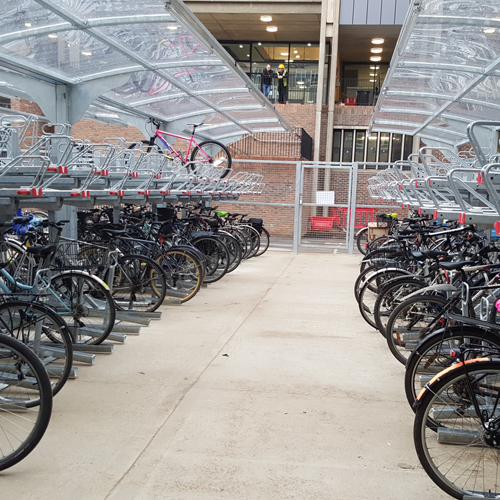