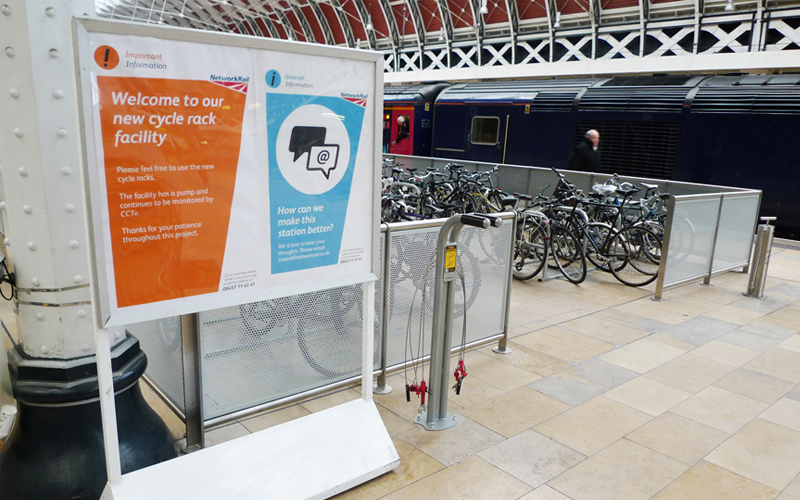 In 2013, Cyclehoop were approached by Network Rail to find a cycle parking solution for platform 9 in Paddington Rail station.

This was quite a challenge due to limited space on this platform, as well as the restrictions of working within a listed building which prevented a space-efficient two-tier cycle parking from being installed. The new design needed to be approved by Westminster Council and Network Rail, and installation had to be undertaken outside normal hours and within four days.

We undertook a careful site survey and planning in order to maximise the cycle parking as well as permeability and ease of access. The 380 strong cycle hub on platform 9 is sympathetic to the station’s aesthetics, featuring a minimal guardrail and barriers in line with the station’s traditional interior, and is designed in such a way that people who cycle cannot lock their bike to the handrail or kick the cycle stands. As well as this, we installed our Public Bike Pump and Bike Repair Stand to ensure people who cycle have facilities in emergency situations.

This project was overwhelmingly successful and resulted in a request from Network Rail for a second parking solution for platform 10 and 11. It made sense to replicate the original solution from platform 9, to keep the aesthetics in line with each other.

Both of the 380 space Cycle Hubs were highly commended in the ATOC Cycle-Rail awards in 2014 recognising the progress made by the rail industry and associated organisations towards encouraging integrated Cycle-Rail travel. ATOC has a claim to encourage the greater use of cycles to access the railway. These awards enable ATOC and its partners to move closer towards fulfilling this ambition this ambition, through improving communication and the spread of the best practice across the industry. 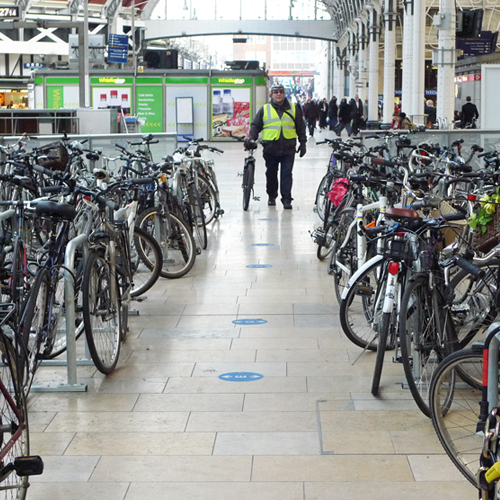 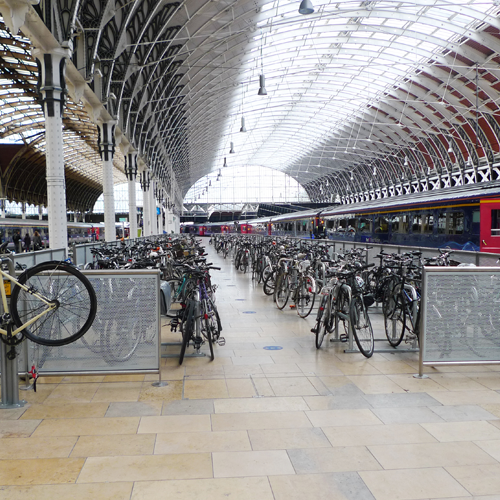 “Before the new cycle racks were installed at Paddington Station we had a lot of complaints from cyclists about the cycle parking, which lead to negative customer feedback. As the station is a grade 1 listed building there were many restrictions on what we could do. Cyclehoop listened intently to our problems and presented us with various creative designs. The installation was a dream and we are thrilled with the new cycle racks. It has been a pleasure working with Cyclehoop and we would highly recommend them.” – Nick Hartnell, Station Manager, Paddington Station 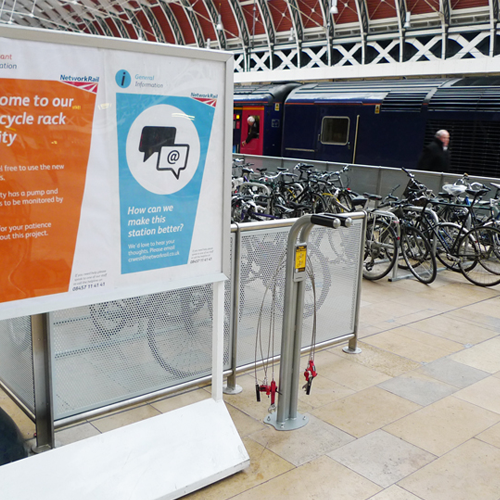 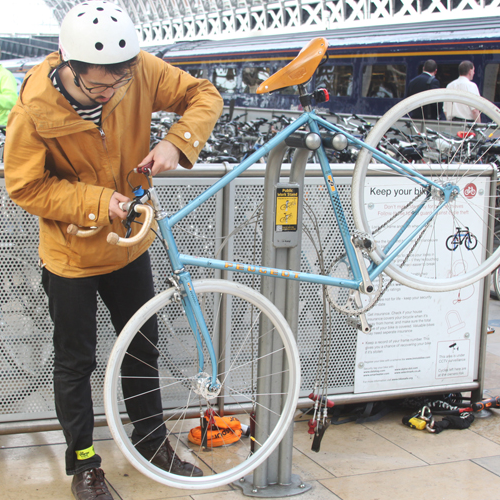 Cyclehoop listened intently to our problems and presented us with various creative designs. The installation was a dream and we are thrilled with the new cycle racks.
Nick Hartnell Station Manager, Paddington Station