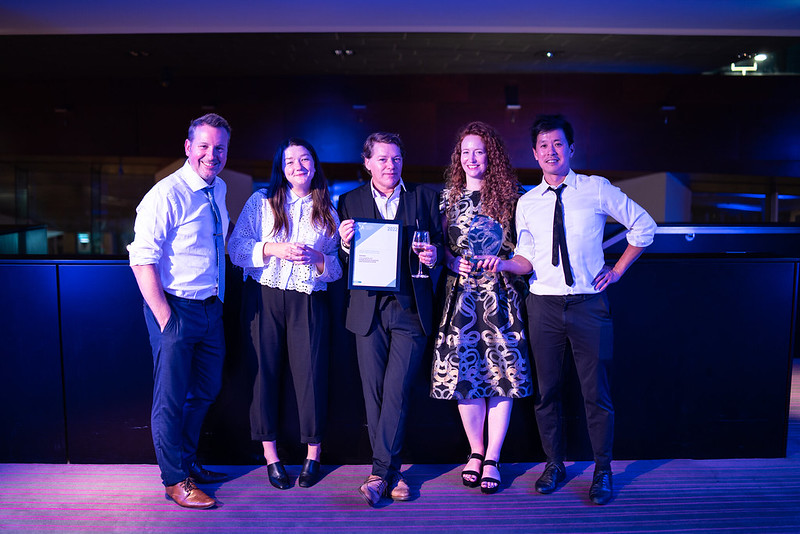 In a ceremony at the Radisson Blu, Glasgow, the team from Cyclehoop received the trophy. They were joined by Bikehangar scheme partners Dr. Collin Little from Glasgow City Council and Joe Taylor from the City of Edinburgh Council. The event celebrated the very best of transport from across Scotland, with winners from across the transport community.

Making a change on the streets of Glasgow

Dr Little from the Sustainable Transport team was key to delivering the Glasgow Bikehangar schemes win. He said, “Many cities that flourished during the Victorian era have inherited a legacy of tenement type properties. Whilst these add to the cultural heritage of the city, they also present a barrier to cycle storage and so, cycle use. The provision of cycle storage at street level allows users  easy access to their bike and has resulted in more frequent cycle use. This increase in cycling represents greater levels of physical activity and improved health.”

Cyclehoop’s work with Edinburgh and Glasgow City Council’s began in 2020. To date, we have installed 108 units in Edinburgh and 130 units in Glasgow. Each unit provides secure storage for 6 bikes in half the space of a parking bay. The Bikehangar v4.0 design has the highest security rating in its class, with Sold Secure Diamond accreditation. 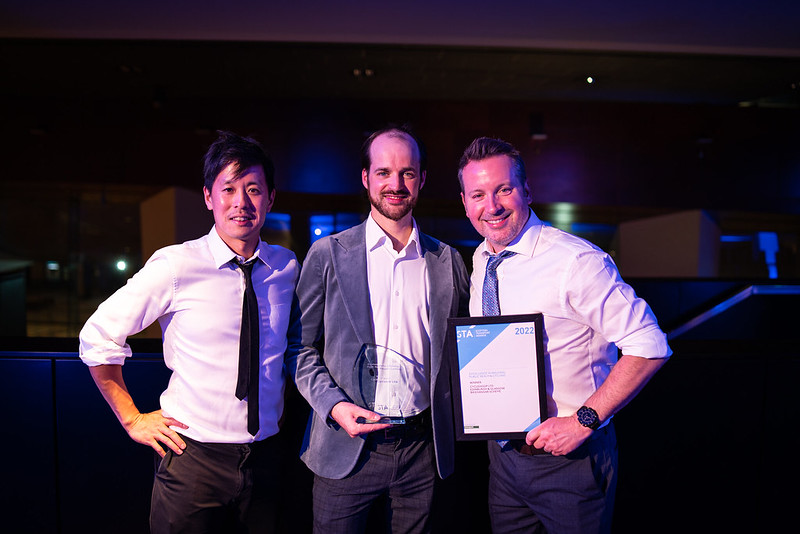 Senior Project Officer, Joe Taylor, from the City of Edinburgh Council and Cyclehoop team with the silverware

Enabling everyone to cycle

The appetite for secure on-street cycle parking is evident. In Edinburgh the scheme has a 99% occupancy rate and a waiting list that is three times the number of available units. Joe Taylor, Senior Project Officer, said, “we provide bike storage for 648 people, many of whom live in tenement flats or multi-story apartments who would not be able to cycle without using this project. It is particularly useful for elderly cyclists. We also have a number of users with disabilities who are now able to cycle thanks to this scheme. There are an increasing number of e-bike owners in Edinburgh and access to ground level secure storage is key to their ability to store and use an e-bike.” 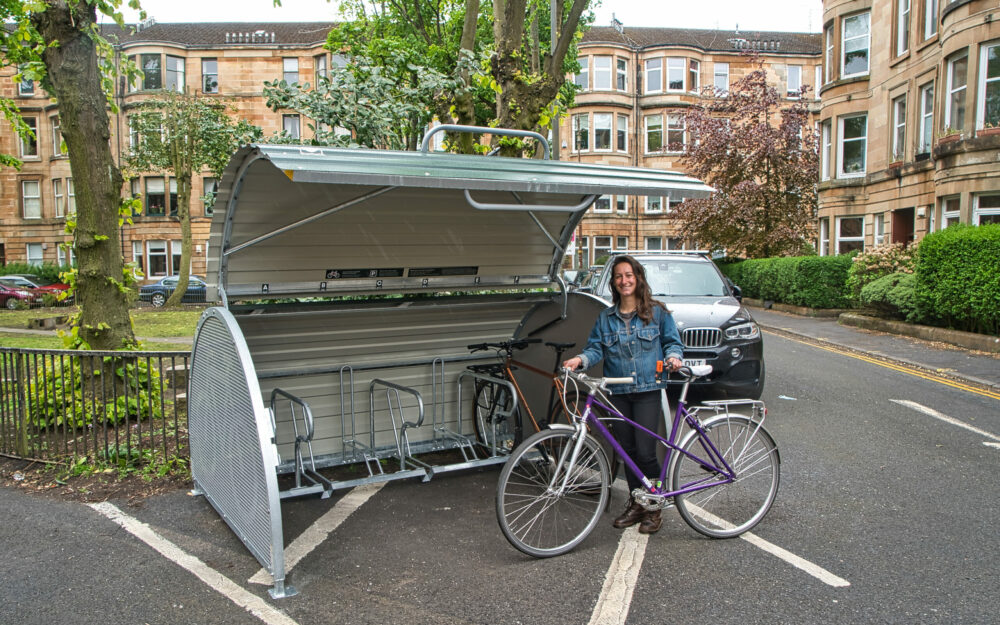 Anthony Lau, Cyclehoop Founder and Design Director, said, “with decarbonisation as a major priority for authorities and NGOs alike, the significance of cycling projects being recognised at these awards cannot be overstated. We aim to break down the barriers to cycling, making it a viable option to reduce the number car trips. We’re delighted with our Bikehangar schemes win, it highlights how they can transform lives and help people make the switch.”

See a full list of the winners from the Scottish Transport Awards.