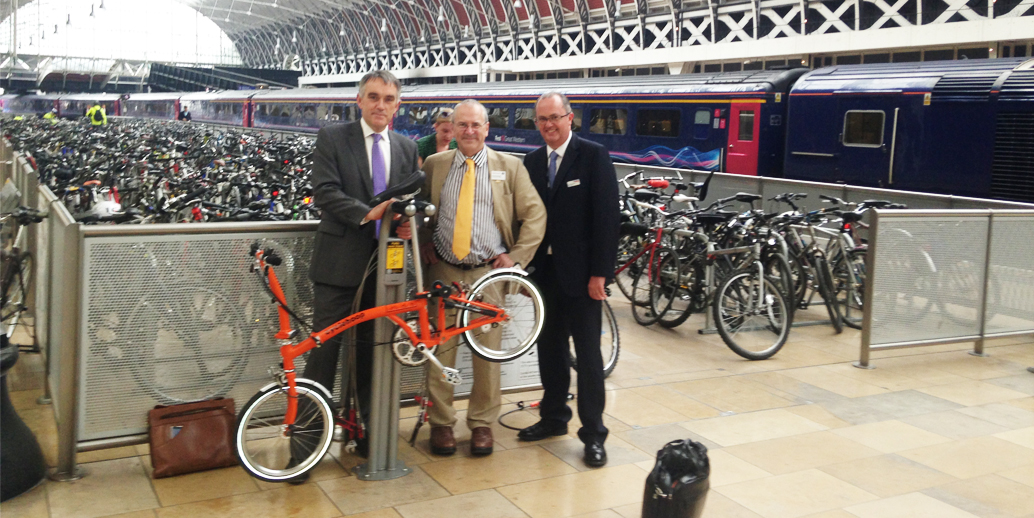 Head of TFL Sir Peter Hendy and Director of Operations at Network Rail Robin Gisby, visited our Cycle Hub at Paddington Station last week. Cyclehoop designed and installed the custom made Cycle Hub which features a public bike pump and repair stand. The first of their kind at a major UK rail station.

Network rail approached Cyclehoop to find a cycle parking solution between 8 and platform 9. Cyclehoop had the challenge of designing a cycling facility with limited space on the platform for additional cycle parking. Paddington Station is a 1 grade listed building so the new design had to be approved by Westminster Council and the Secretary of State.

Since installing the Cycle Hub the response from Network Rail has been overwhelmingly positive:

“Before the new cycle racks were installed at Paddington station we had a lot of complaints from cyclists about the cycle parking, which lead to negative customer feedback. As the station is a grade 1 listed building there was many restrictions on what we could do. Cyclehoop listened intently to our problems and presented us with various creative designs. The installation was a dream and we are thrilled with the new cycle racks. It has been a pleasure working with Cyclehoop and we would highly recommend them.” – Nick Hartnell, Station Manager, Paddington Station.

Network Rail is now looking to install another Cycle Hub between platform 10 and 11.

Cyclehoop is also involved in a number of other high profile Cycle Hubs at train stations. Please contact us for more information. 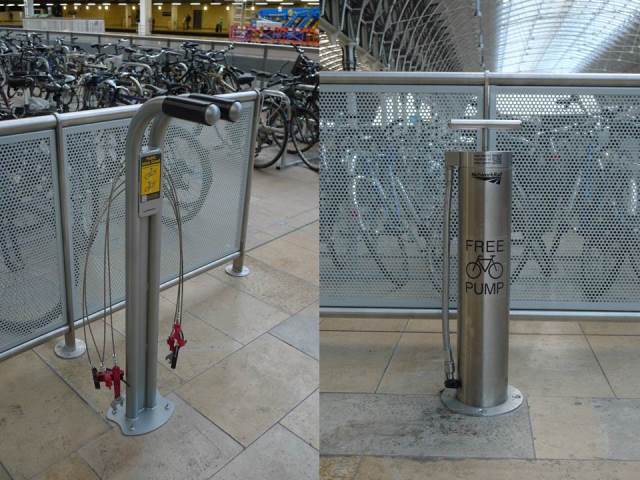