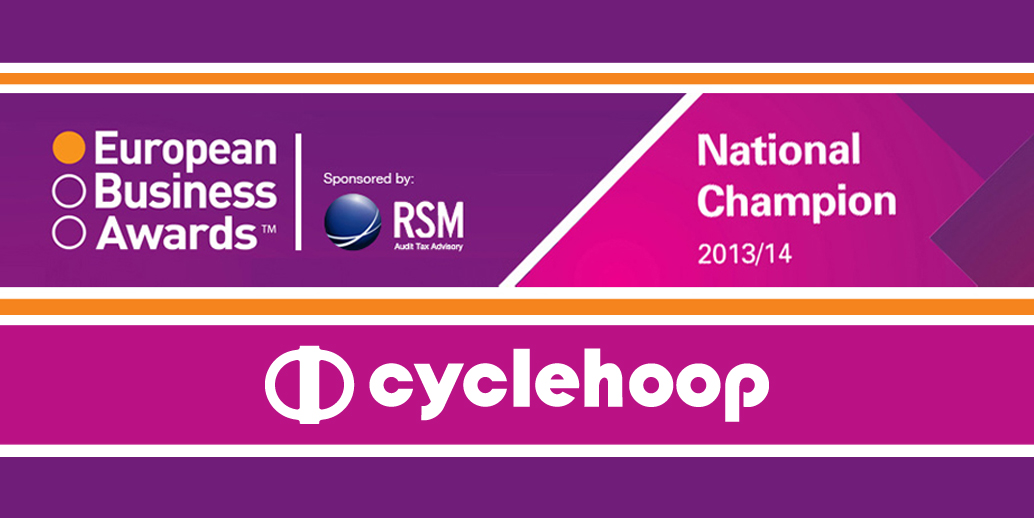 The European Business Awards has announced that Cyclehoop is to represent the United Kingdom as a National Champion in the prestigious 201314 Awards programme. Cyclehoop beat off stiff competition to be selected as a National Champion and will now compete against brands including Brompton Bikes, Arriva Trains and McLaren Automotive, for Ruban d’Honneur status in the next round of the competition.

The European Business Awards has identified some of Europe’s brightest businesses based on their ability to demonstrate the three core principles at the heart of the Awards programme. The panel of judges were looking for organisations to represent the United Kingdom who exhibited the highest levels of innovation, business excellence and sustainability.

“We are absolutely thrilled to be selected to represent the United Kingdom. We have only been operating for 5 years in the cycle parking sector and it is an honour to be recognised as one of the leading organisations in our country and in our field. We’re looking forward to the next round of the competition.”

Final category award winners will be unveiled in April 2014.